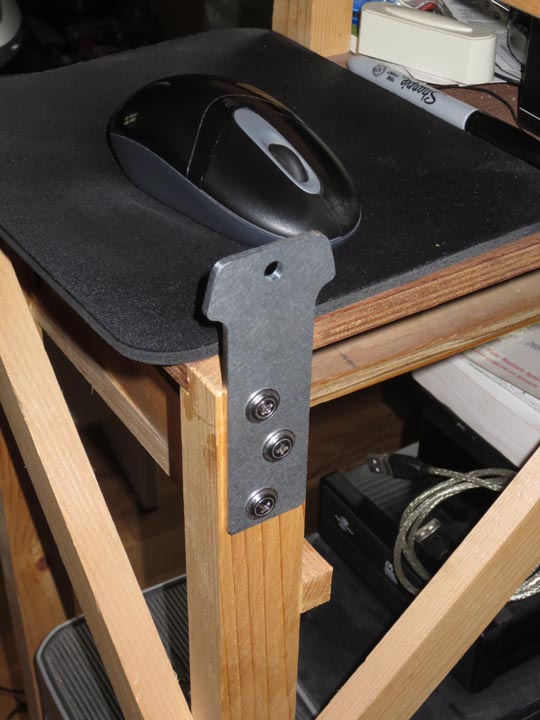 A relatively minor project, but as I have heard from people (like my brother-in-law) that I have not been sharing any projects lately I thought I’d put up a post.   Last night, I decided to finally do something about the lack of space for speakers on the computer workstation I built years ago.  I fired up the CNC machine and had it make me some custom brackets to mount my computer speakers off the back of my workstation holding them next to the computer screen. 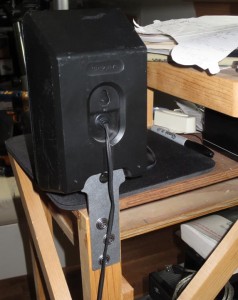 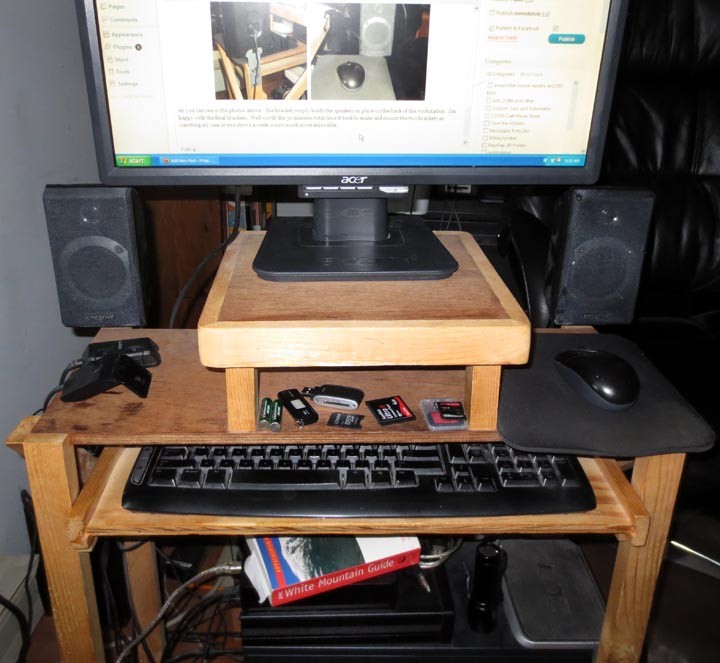 I  enjoy watching the occasional television show on my computer.  With the speakers mounted near the screen, I enjoy the experience even more.  This mini project was well worth the 30 minutes total time it took to make and mount the two brackets. I only wish I had made these cnc machined speaker mounting brackets sooner.